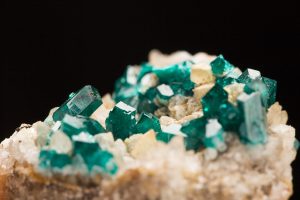 Book Extracts:
From “Homeopathy and Patterns in the Periodic Table”

“The Noble Gas properties and the human remedy pictures
Completion
‘I’ am complete
The feeling of completion of ‘I’ makes them realize that there is no need for ‘I’ and ‘U’. They want to merge the two together. Therefore they say
‘I’ am complete and ‘I’ am ready to merge into ‘U’
The completely filled outer shell gives the Noble gas remedies a state of resolution and fulfillment of the particular sensation of lack that corresponds to the row they belong to. They are aware of the issue of the row, yet their essence stems from the sensation of completing the journey. Whatever the issue of incompletion in the row, the state of the Noble gas revolves around the complete accomplishment of stability and peace, where there is no longer any lack or doubt.
Once this has been done there is an intense need to leave it all, renounce it, disown it and pass over, die, enter into oblivion, melt into nothingness or a void, and become completely inert.
For example for Row 1, with the issue of existing, the Noble gas has at the root of its state the realization that ‘I now exist’. In Row 2, with the issue of separation, the Noble gas has at its core the essence that ‘I am now separate and capable of existing on my own’. In Row 3, with the issue of identity, the Noble gas feels ‘ I have an identity, I have made my mark’.
It does not mean that there is ‘no issue’ at all, but that the issue is, or must be, resolved. We see the sense that it is about time that contentment and completion must be achieved. The fact that the issue has been resolved can then lead to a feeling of having or needing no issue at all. They realize the futility of having an issue at all. They might then begin to feel that the desire or struggle for the issue is pointless or meaningless.”

From “Nosodes and Imponderables Come Alive”

“The Difference between Minerals & Nosodes:
Minerals come very close to nosodes because in the minerals the feeling is – ‘I am incomplete, I am lacking’ and in the nosode the feeling is – ‘The problem is within.’ The nosodes might very often also use this word – ‘Is there a problem? Am I lacking somewhere?’ Hence to differentiate these two kingdoms, you must not analyse just in terms of words but really understand what the issue is within.
The feeling in the nosode is that ‘Yes, the issue lies within’ which is very similar to the feeling in minerals. But in the minerals there is a specific incomplete issue within, that they talk about. Whatever the situation may be, they come down to a specific issue of a specific row. Take for example when the problem within is the issue of one’s own independence – ‘Can I stand on my own two feet? Can I make it on my own?’ You can clearly notice that this is an issue of an incomplete feeling of a specific kind.
It is the issue within of being dependant or independent, of being able to stand separately on your own which would take you to row two. Or the patient would say that the issue is within. ‘Whenever I don’t get appreciated in a situation and others do, I feel what is it that I am doing wrong or how can I change it?’ If you ask the patient to describe further at this point, he says, “I always wanted to be recognised, to be accepted and acknowledged because then that makes you feel that you are an entity. It makes you realise that you are something by yourself.”
So here the feeling that there is an issue within has a specific quality and that is the quality of needing identity which is an issue of the third row. The incompleteness in minerals is about independence, security, existence, or about challenges or power.
But in the nosodes, there is no specific quality like that of dependence-independence, challenge-power, existence, separation and identity. There is only a feeling that ‘There is a problem within. I am abnormal whereas others are normal’. The polarity is that there is a problem within from which you need to come out. There is disease on one side and health on the other side where one wants to reach.”