A powerful expert system which will scan the whole of your library giving the emphasis you specify to symptoms, degrees and rubrics. Learns as it goes and as you update your information.

In an ordinary computer program, the computer calculates, extracts and lists data on the basis of simple arithmetic formulae. E.g. in the sum of symptoms analysis module, the number of occurrences for each remedy are logged, and remedies listed in order of most frequent occurrence.

Expert System
The idea of an expert system is to reproduce the reasoning of an expert in a given field. It is characterised by a database(Synthesis), and a great number of specific principles for analysing information chosen from the database.

How was it made?
In February 1987 a team of Expert System Analysts and a group of homoeopaths sat down with George Vithoulkas, and for several months wrote down all the principles and impressions that went through George’s mind during a consultation. These were then refined to be as precise as possible.

The Making of the VES
The information was then translated into representations of an Expert System that resembled more accurately the way a computer functions.

The principles that make up the VES are ALL the ideas that GV has ever produced during his courses, many of them common to Homoeopathy, some specific to his approach.

If you underline a symptom twice, the VES will give it exactly the importance it deserves in relation to all the other symptoms, and relative to the importance you have given them.

Like a Chess Program?
A chess program re-evaluates its whole strategy with every move you make. So with the VES.

I have certainly found that using VES has helped me to improve my prescribing. In that way it has been like a chess program too, in that I have learned from it!

Who made it?
The Head of the Scientific side of Radar is the Head of the Computer Science Dept. at the University of Namur in Belgium, Professor Fichef.
Radar was in fact started by the University as a pilot Expert System project.
The marketing is now done by a sister company called Archibel, in collaboration with Homoeopaths all around the world.
Philip Edmonds RSHom.

Profound Flexibility
As a general rule, VES considers mind symptoms to be more important than local ones. But there are cases in which it may ignore such symptoms in favor of some prominent local keynotes. Many different principles and possibilities are used to decide when this particular decision is applied.

You don’t have to pre-select particular symptoms before using the Expert System. The VES takes care of this itself by using ALL the symptoms and selecting the most appropriate rubrics.

Every time you add a new symptom, VES re-evaluates the whole case and gives you a completely new analysis. 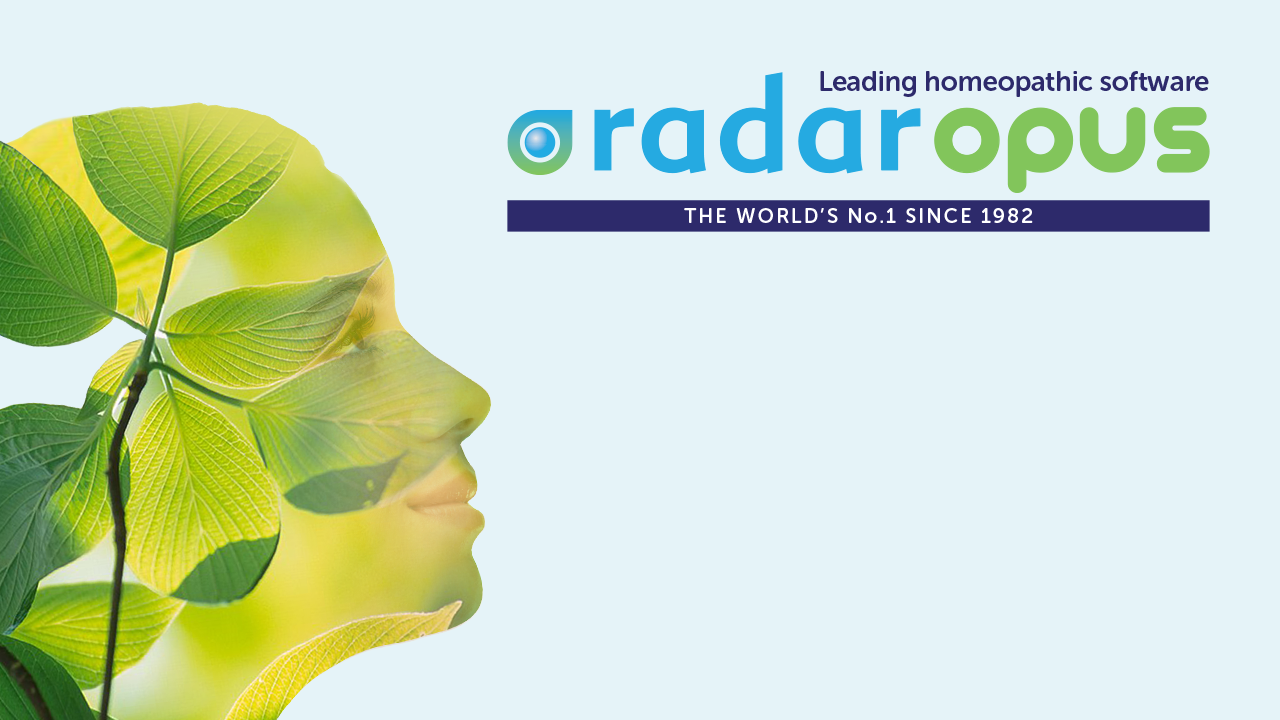