View basket “The Lacs Repertory by Patricia Hatherly” has been added to your basket.

(Peter Vint translation)- In the Therapeutic Pocket Book from Bönninghausen, many rubrics have ‘Polar rubrics’ connected to them. Polar rubrics are the rubrics opposite to the patient’s symptoms 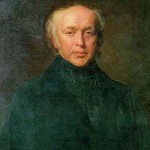